Experience an exciting range of events and attractions on your doorstep

Discover the unique history and geology that lies beneath your feet

Support the future of our unique and special landscape 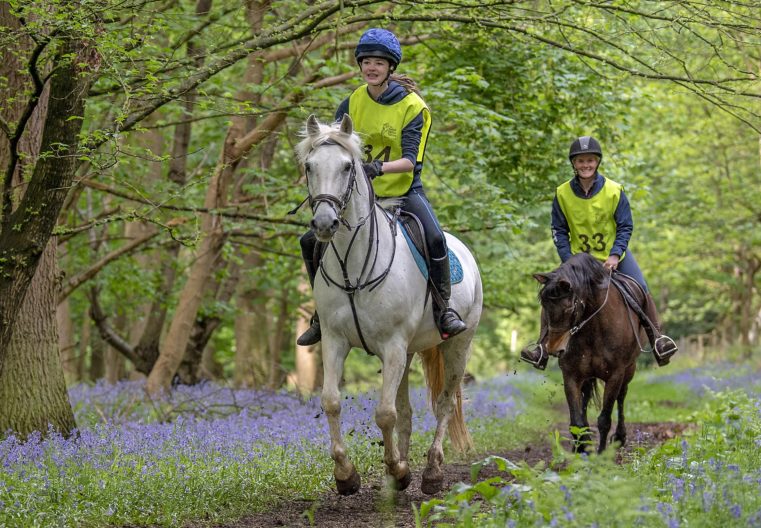 Greensand Country is alive with diverse and wonderful wildlife. Key species include the Adder and Common Lizard on the dry heaths at Stockgrove and Rushmere; Otter and Kingfisher on the Flit river; and Purple Emperor, White Letter Hairstreak and White Admiral butterflies in the woods at Chicksands and Kings Wood. On the heathland and acid grasslands look out for Slow Worms and Common Lizards, Sand Wasps, Digger Wasps and Green Tiger Beetles. In the east of Greensand Country is the RSPB The Lodge nature reserve & gardens where you’ll find an abundance of birds, amongst them star species such as Great Spotted Woodpecker, Hobby and Nuthatch. The wet meadows of the Riddy are one of the few remaining places in Bedfordshire where you can find Water Voles. Meanwhile, you can spot Buzzards and Red Kites soaring in the skies right across Greensand Country, searching for food.

The historic geology of the Greensand Ridge:

Approximately 125 million years ago, the area we now know as Greensand Country was dominated by tropical shallow seas. Sediments of sandy minerals were deposited as silt, sand and gravel, which eventually became compressed into the Greensand rocks. Because the Greensand is a more resistant rock, it was not eroded as quickly as the softer clays surrounding it, leaving a ridge as a prominent feature in the landscape. Today, the ridge forms the ‘backbone’ of Greensand Country – it is the area’s most prominent landmark, home to diverse habitats, abundant wildlife and enjoyed year-round by walkers, cyclists and horse-riders.

A heath is a  shrubland habitat found mainly on free-draining acidic soils. Most heathlands are thought to date from the Bronze Age some 3000 years ago when humans cleared trees for use as fuel and building materials. While historically Greensand Country contained extensive areas of lowland heathland, only fragments now remain. However these fragments are of great importance both locally and nationally, forming a vital link between other lowland heathlands and providing a habitat for much flora and fauna. The area’s historic association with heathland is reflected in the use of heath in many place names – e.g. Heath and Reach, Wavendon Heath, Sandy Heath, Potton Heath and Gamlingay Great Heath.

Greensand Country Landscape Partnership has supported RSPB The Lodge nature reserve & gardens, The Greensand Trust and The Wildlife Trust to create better habitats and improve the chances of colonisation on heathlands across the Greensand Country landscape, including at:

We use cookies on our website to give you the most relevant experience by remembering your preferences and repeat visits. By clicking “Accept All”, you consent to the use of ALL the cookies. However, you may visit "Cookie Settings" to provide a controlled consent.
Cookie Settings Reject All Accept All
Manage consent

This website uses cookies to improve your experience while you navigate through the website. Out of these, the cookies that are categorized as necessary are stored on your browser as they are essential for the working of basic functionalities of the website. We also use third-party cookies that help us analyze and understand how you use this website. These cookies will be stored in your browser only with your consent. You also have the option to opt-out of these cookies. But opting out of some of these cookies may affect your browsing experience.
Necessary Always Enabled
Necessary cookies are absolutely essential for the website to function properly. These cookies ensure basic functionalities and security features of the website, anonymously.
Functional
Functional cookies help to perform certain functionalities like sharing the content of the website on social media platforms, collect feedbacks, and other third-party features.
Performance
Performance cookies are used to understand and analyze the key performance indexes of the website which helps in delivering a better user experience for the visitors.
Analytics
Analytical cookies are used to understand how visitors interact with the website. These cookies help provide information on metrics the number of visitors, bounce rate, traffic source, etc.
Advertisement
Advertisement cookies are used to provide visitors with relevant ads and marketing campaigns. These cookies track visitors across websites and collect information to provide customized ads.
Others
Other uncategorized cookies are those that are being analyzed and have not been classified into a category as yet.
SAVE & ACCEPT